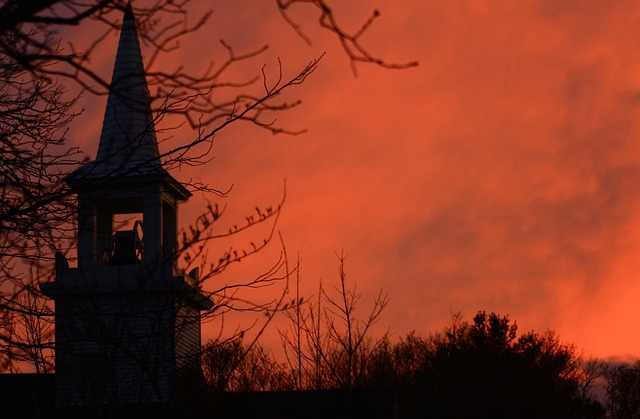 Crimson Peak is the new gothic horror-drama film by Guillermo del Toro. When Edith Crushing falls in love with Thomas Sharp, she moves to London with him and moves into his ancestor’s mansion with Thomas and his sister. There she finds ghosts haunting the house and tries to understand the secrets about the mansion and the history of who lived there.

Del Toro is an incredible film director, known for the Hellboy series, Pacific Rim, and Pan’s Labyrinth. All of these are incredible and well thought out works of art, containing fascinating plots and imagery. Del Toro’s talents have only been growing since his first feature length movie, Cronos. It would only make sense that his newest film would be even better than his last, but this, sadly, is not true.

The advertising for this film made Crimson Peak seem like a scary, intense, horror-mystery, but in reality it turned out to be a dramatic romance-mystery with a few elements of horror. The plot is slow and the climax is not extreme enough to make it worthwhile. The dialogue is actually pretty cheesy which is not normal for most del Toro films. The characters make choices that do not make sense for them to do.

Although the plot and script are weak, it is visually beautiful. Del Toro’s color pallets have been impressive for a long time, and this movie does not differentiate from this. The lighting consists of great contrasts between warm sepia/amber tones and cool blue-green tones. The set is equally as impressive, with the interesting and erie structure of the mansion. The roof is missing in parts of the house, causing it to feel very uncomfortable and creepy. It seemed that del Toro focused on aesthetics rather than the plot. The visuals were almost enough to make the movie worthwhile.

If the viewer doesn’t really pay attention it is a fairly good film. I would give it a seven out of ten. If you are looking for a great looking, decent movie, check out Crimson Peak, but if you care about an interesting plot, horror, and dialogue look elsewhere.