Not seeing Star Wars is a wookie mistake

Rise and shine! It’s time to hit up your local cinema and be amazed by the new movie, Star Wars: The Force Awakens. If you’re looking for a way to bond with your middle aged parent who you think you have nothing in common with, then go far, far away to a theater near you. I promise you will not be disappointed.

The scene opens with the iconic scroll of text as the backstory is explained. John Williams’ famous score of music is blasted as you read of the peril that faces the galaxy. You watch a stunning, feisty, scavenger named Rey and a rouge stormtrooper-turned-hero, Finn, embark on a journey to save the galaxy.

This reboot of the Star Wars series is everything that you look for. You want storm troopers? You got it. You want lightsaber battles? Check it off. Other-worldly landscapes? For sure. How about a Tie-Fighter versus X-Wing space duel? No problem. Everything that has made Star Wars so iconic in the past is included in this action-packed new film.

The original series, Star Wars, which was later branded as Episode IV: A New Hope; Star Wars Episode V: The Empire Strikes Back; and Star Wars Episode VI: Return of the Jedi is the trilogy that people around the world love. The adventures of Luke Skywalker, Han Solo, Princess Leia Organa, and Chewbacca are legends among so many people and these characters are featured in the new episode.

Something I think director JJ Abrams, did a fantastic job with is modeling the new series episodes VII through IX after the original 1977 through 1983 trilogy. The similarities drawn to the original Star Wars are staggering. This includes the protagonist being found on a desert planet and rescuing a droid with vital information, a diabolical planet/star that can destroy planets but is eventually destroyed by a single pilot flying an X-Wing, and a ragtag bunch of rebels who defeat a much greater entity. Heck, they even start out the movie the same when the same giant spaceship is shown.

It is the similarities that people really love in this movie. People didn’t want a brand new series. Still, the differences between the new and old Star Wars are important as well (Female Stormtroopers with speaking roles, sweet new droid designs, and beautiful planets to explore). A whole generation can see their action heroes on the screen again and a new generation can enjoy brand new leads of our own which, in turn, will become our heroes of tomorrow. The scene where Rey and Finn are captured on the Millennium Falcon and Han Solo and Chewy come aboard really depicts this in an amazing way. The man next to me in the theater started crying.

Of course, there are flaws in the movie. There are not many dark side leaders people can get behind. The original series’ Darth Vader is the definition of “bad guy”. People cannot react to characters such as Gwendoline Christie’s chrome plated stormtrooper, Captain Plasma, or Domhnall Gleeson’s General Hux. Both of these characters are extremely underwhelming and Supreme Leader Snoke is shrouded in too much mystery for people to fully understand.

This leaves only Kylo Ren, the leader of the First Order, to be the face of the dark side and he has some big and mechanical shoes to fill. Kylo Ren wields an impressive hand crafted lightsaber, but having a whining personality, throwing temper tantrums, and losing a lightsaber battle to untrained opponents makes it hard for people to take him seriously.

However, this is being extremely picky. The movie as a whole was a wonderful experience, and it is expected to surpass Avatar as the worldwide box office number one film of all time. Being a super fan myself, I brought a lightsaber to the theaters in hype for the movie and I was thrilled.

Flip your spacecraft into light speed to go see Star Wars: The Force Awakens, and as always, may the force be with you. 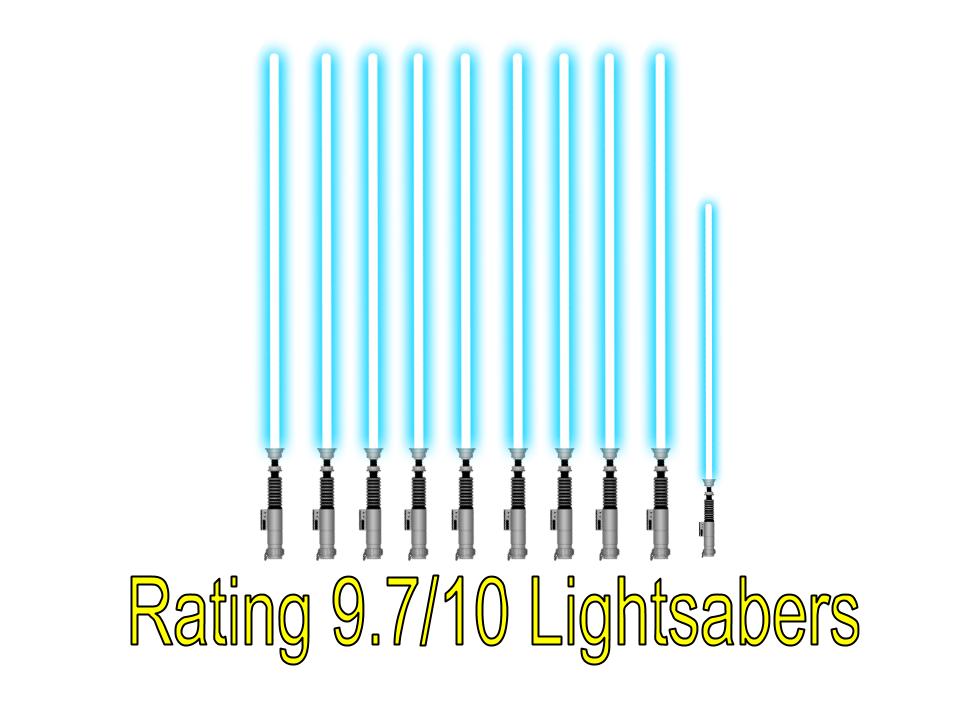