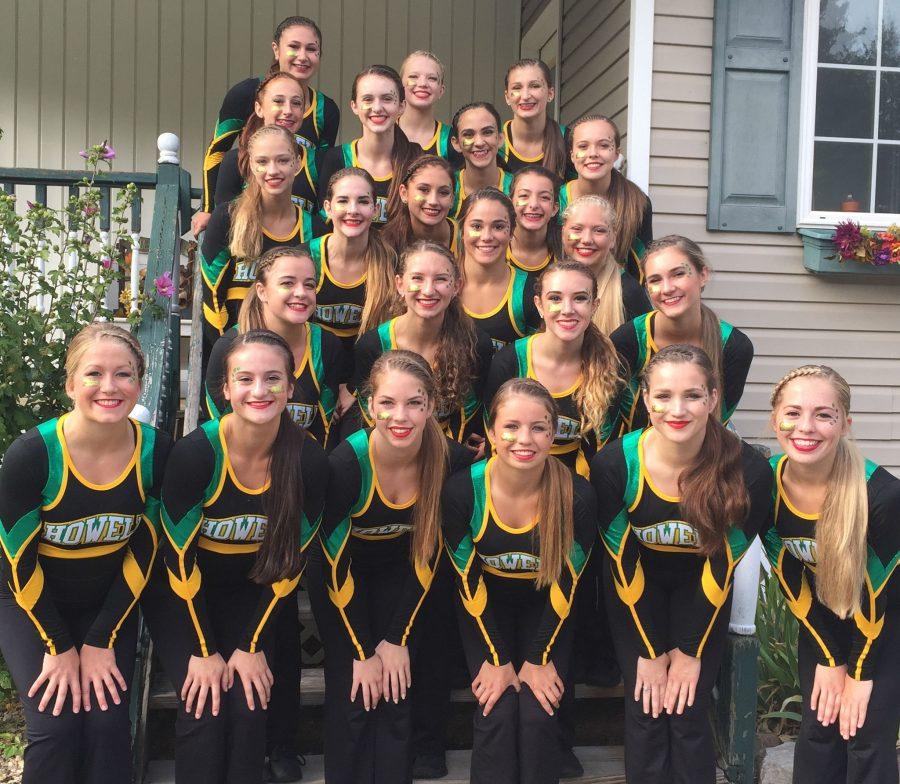 While the football team is preparing to compete against Hartland High School Friday, Sept 16, Howell Varsity Pom Pon is preparing to perform with the Hartland Pom team. This has been a tradition for the two teams to perform together, and the tradition will continue on this year. The two teams choose to perform together because they do a similar type of pom, mid-american pom. By performing together it also shows a unity between Hartland and Howell despite the rivalry between other sports teams. They practice together the week of and work to motivate each other during this time.

“It’s just a really fun experience, getting to perform with another team,” senior, Sierra Starr says.