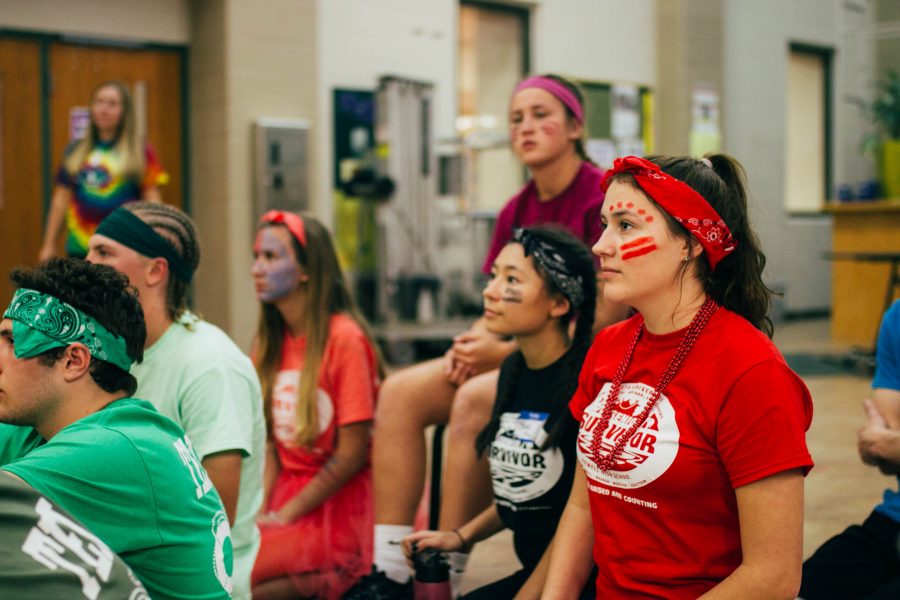 After their first day back to school, the second day of challenges begins.

This year Senior Survivor tried something new, a live elimination open to the public to come and see. After school, the four bottom survivors were announced and people were encouraged to come back to the lip sync battle that night for an opportunity to support their favorite survivor. Ranked as the bottom four, Team P-woody, Team Chelsea, Team Lysterine, and Team Maki were all hoping to get back to the top.

The lip sync battle, previously announced to the survivors on Sunday, was the first event of the night for the survivors. On Sunday, each pair of survivors choose a song from a hat. The pair had until 7:00 p.m. Monday to perfect and choreograph a routine to their assigned song.

The event begins with a special senior survivor over the past 9 years video.The audience was shown a video of clips from Senior Survivor weeks dating back to the first year of Senior Survivor in 2008.

Team O’Doherty and Team Old Man Griff were moving their feet to the beat of “Can’t Stop The Feeling” by Justin Timberlake.

Up next, Team P-woody and Team Snider raised some hands and shook their hips with their performance “All The Single Ladies” by Beyoncé.

The third performance by Team First Aid and Team Betz shocked the crowd with a flipping routine to “I Want It That Way” by Backstreet Boys.

Team G-Money and Team Chelsea started a party on stage with their head nods and hip swings dancing along to “Party In The USA” by Miley Cyrus.

Team Lysterine and Team Chewbecca came prepared with a jumping and swinging filled routine to their song “Chandelier” by Sia.

The final performance was by Team Log and Team Maki bring a bouncing and energetic routine to the stage with their song “Wannabe” by The Spice Girls.

A surprise was announced at the end of the performances, each admission came with a ticket that the audience would put into one of the bottom four survivor’s buckets. This would decide what two survivors would be going home Monday night.

After all the votes were counted and all the highlanders, family, and friends made their way to the commons the announcement was made that Team P-woody and Team Chelsea would be packing their things and returning home.

Monday’s immunity challenge was a classic game of Clue. The survivors were paired up and had to work together to determine what Howell High School item was stolen, who stole the item, and where that item was within the school. There were nine rooms each pair will move through to narrow down the possibilities.

Each pair of survivors were given a list of teacher names of potential suspects, their job is to narrow down the list to who didn’t do it. They would only have seven minutes per room and could not move on until they knew the answer to all three questions. After seven minutes each team could choose which room they traveled to next, but must beat other teams there.

The rooms varied from riddles, map following, scrabble tiles, puzzles, and scavenger hunt. The survivors ran around to each room and down to the office multiple times. Frustrations began to run high as many struggled with the location but after about an hour, the correct combination was submitted.

“If I had a fitbit, it would say a high number,” Team Loth says.
Finally Team First Aid and Team K. Cook guessed all three correct and won immunity for the next day.