Highlanders from around the world 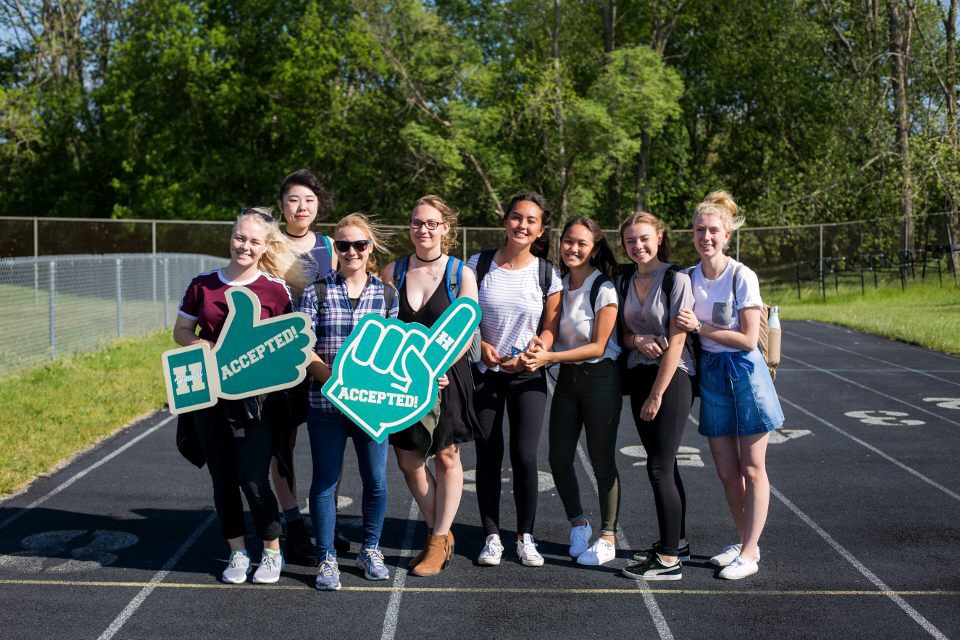 Howell High School has a foreign exchange student program unlike any other. It is not the program itself that makes it so, it’s the students taking part in it that make it so special. Their lives at home are different from their lives in America and each of their experiences will be just as different. As intimidating as going to a foreign school can be, these highlanders shared their thoughts on it.

For Anni Saloniemi, a foreign exchange student from Finland, school is much easier in America. According to the Stanford Report in 2012, education is valued more in Finland than in America.

“(In Finland) You really have to study hard and do your homework to even get a B,” Saloniemi says. She explains they there are difficulties and homesickness but it’ll all be worth it. She learned about different culture, met amazing new people, and grew her vocabulary.

In Austria, where Barbara Buchberger is from, classes are set up different than in America. Here students can select what classes to take. In many other countries students don’t have that option.

“We can’t choose our classes, the teacher comes to our class, and we are always with the same people,” Buchberger says.

The way classes are set up isn’t the only difference, it’s the school spirit that stands out to them. Between football games and spirit days, Howell kids exhibit pride unlike other countries.

“The Howell High Pride is something I have never experienced in Germany and something that I also really enjoyed,” Darren Kornath says.

“I absolutely loved going to football games and seeing the spirit,” says Saloniemi.

But what would convince someone to leave home for a year and attend school in a whole new country? For Kornath, it was his brothers that inspired him.

“My two older brothers both went to the US for an exchange year, they always told me how amazing and fun it was and I always had an interest in the US, so when I had the chance I took immediately,” Kornath says.

In regards to trying the program, he says “Do it! Take the chance and just enjoy your time. This is a once in a lifetime chance and it will be one of the best years in your life,”

Buchberger came to America for school because of how T.V. shows and movies portray America. She wanted to sort out the truths from the lies of the American teenager’s life.

“I wanted to experience the real way of High Schools in the U.S,” Buchberger says.

She also explains that Howell High School allowed her to focus not only on academics, but sports and clubs.

Saloniemi wanted to come to America to learn to speak English fluently. English is the second most used language as of 2016, so some could argue that it is an important language to learn.

School wasn’t the only difference between America and Austria. Buchberger noticed the lack of public transportation, something that is common in Austria.

“I was shocked that there was no public transportation and that my host parents had to drive me everywhere,” Buchberger says.

While Howell High School differs from these student’s previous schools, the new people, social aspects, customs, and norms are expected when in the foreign exchange program, and the experience of living with those changes is educational in itself.