Behind the new senior survivor logo 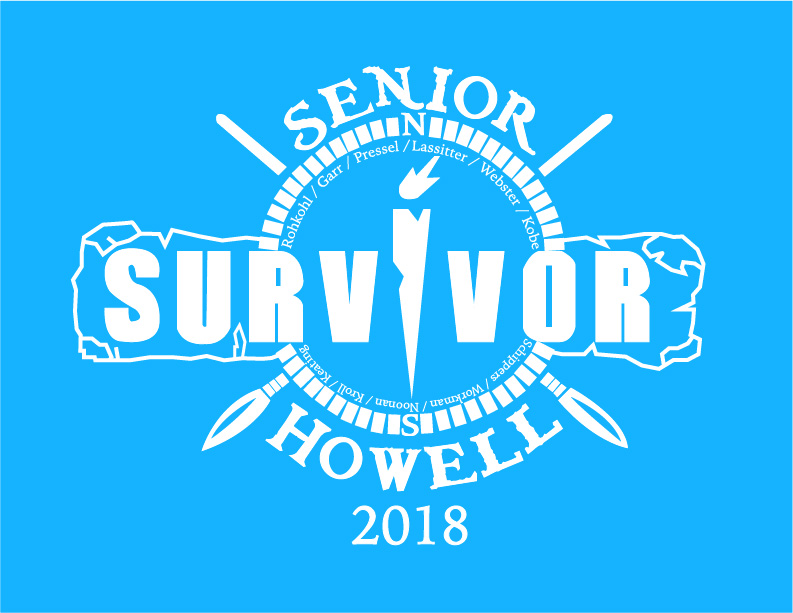 From Monday, Jan. 11, to Friday, Jan. 19, the Advanced Digital Imaging class at Howell High School was assigned a task; create a logo for this year’s Senior Survivor t-shirts. With the goal of an original and unique design in mind, the students all created what they thought would be the best logo.

After looking at a wide variety of ideas, the HHS student council voted on which logo would be best fit. On Monday, Jan. 29, they announced that the student with the winning design is sophomore Emma Baaki.

Baaki’s design includes the words, “Senior Survivor 2018”. Once the survivors are chosen, each of their names will also be added. It is designed with a theme that follows the TV show, “Survivor”. She illustrated a torch and two spears in her logo.

She was given the assignment from her teacher, Mr. John Mozdzierz. She was really looking forward to this project given that if her design was chosen, she would be contributing to the charity that the student council chooses to donate to.

“I thought it was a cool idea and a great opportunity to help a good cause,” Baaki says.

Once she started her project, she looked multiple places for inspiration. The main subjects that inspired her design were logos from the past years and the TV show, “Survivor”.

While she enjoyed making her design and thought that it was a pretty good idea, so did many other students in the class. She was very surprised when she won the contest because she didn’t think that she had the best logo.

“We showed our class our designs and other people’s were more creative than mine,” Baaki says.

“We have never had as many options as we got this year and Mr. Mozdzierz class gave us a ton of options,” student council president Ali Bloomquist says.

The way that the voting was set up allowed a fair chance of winning for every logo that was submitted. Each voter was able to pick three designs that they believed were the best.

“We really just looked for the most creative and visually appealing,” Bloomquist says.

Even though it was a competition to the students, the main purpose of this contest is to find a logo that will attract attention to the charity of the student council’s choosing. Baaki enjoyed the process of making her logo as well as seeing her classmate’s designs.

“My favorite part was using my creativity to contribute to the community,” Baaki says.