Has Christmas lost its meaning 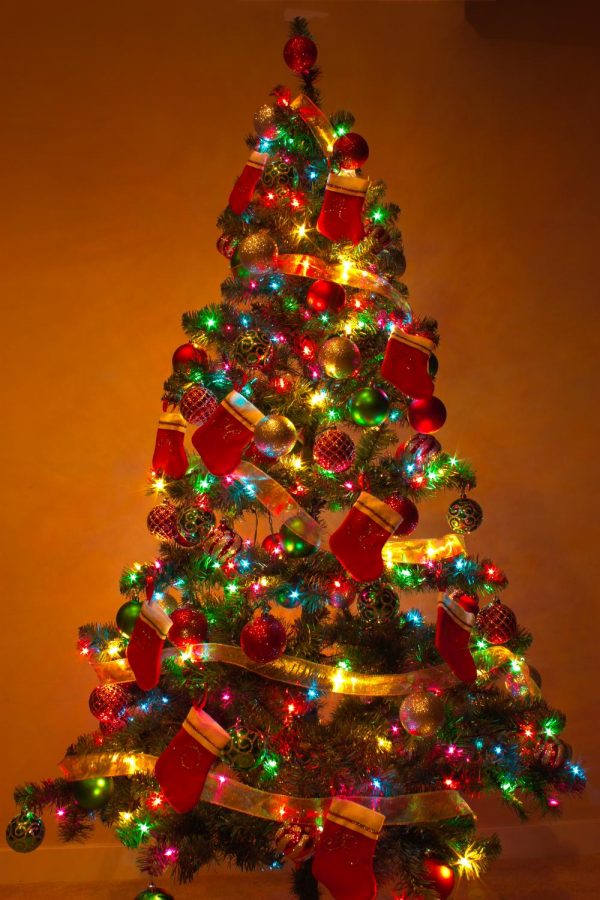 Christmas used to be a celebration for Jesus Christs’ day of birth, but is that really what we celebrate on the 25th of December every year? Christmas has tremendously lost its meaning over the years. It has become all about presents and receiving, especially for younger children. Its meaning has been forgotten for quite some time. This famous and loved holiday surrounds a fat, old man that yells “ho ho ho” and treats children to toys on Christmas morning. The whole idea of Christmas has nothing to do with its true meaning. Many children probably don’t even know that we celebrate it because it’s Jesus’s birthday.

People nowadays are so incredibly greedy. The holiday now revolves around what people are receiving and whether or not it’s good enough for them. Christmas is now perceived as a day to ask for luxurious things you wouldn’t usually receive from people. For some people, receiving a gift is like receiving a compliment. People end up longing for more. The thirst is never satisfied because you’ve had a taste of the good life, that’s Christmas.

Christmas is for Jesus’s birthday, but his birthday is never even mentioned. Greed is like an infectious disease, and nowadays, it’s hard to find people that aren’t money hungry or completely self-consumed. Everyone wants something, and if that thing doesn’t benefit them, then they have absolutely no interest in doing it.

The whole holiday has become a money pit. Large companies have especially changed our look on Christmas over the last few centuries. They promote their products heavily around Christmas because when kids see it, they will beg for it and the companies will profit large sums of money for their newly loved product. They also make a pretty penny by only selling stuff seasonally in stores or restaurants. People know their favorite drink will be at Starbucks throughout the Christmas season, so they get their favorite drink once a week since it’ll be another year until they see it again, making the companies profits skyrocket around Christmas.

Presents aren’t meaningful today because back then, no one had much. When people received a gift, they knew they were taking from people who already didn’t have anything to give. This made them appreciate the present more than they usually would.  However, today most people have money to give. So when people receive something for $50 people are less grateful because they know that person has more to give.

Although this may have been a significant holiday back then, it’s safe to say today, it’s nothing more than a profitable holiday for any business. People have lost sight in its true meaning, and companies take advantage of the holiday. This holiday has lost any meaning it ever obtained, having no real purpose in modern days.  People have become more greedy than ever before.

We should be giving to those in need every day, not a day that is labeled to because we said so.

Christmas is arguably the most well known and celebrated holiday around the world, in this country it seems that Christmas is anticipated from the 4th of July. No matter what place or time, Christmas always seems to be brought up in some way or another. Some people tend to think that Christmas is changing and losing its meaning, that the traditional roots are becoming obsolete. While there are some legitimate arguments for that belief, instead of believing that it’s changing, it’s better to think it’s evolving.

The Christmas season is in full force, and it seems like that’s been the case for weeks, and for someone who isn’t a fan of Christmas, it is repulsive. Every year the music plays sooner, the lights go up before that, and the shopping comes before that. The truth is, people, love the feeling and spirit that Christmas puts them in.

Winter is, in reality, a terrible season, and without a doubt the reason for seasonal depressive disorder. It’s a cold and bitter time filled with freezing feelings and icy isolation. However, that means most people stay inside during these cold and grey months, resulting in people putting in all of their energy and time towards a winter holiday. That is why Christmas is so big, there is nothing else to look forward to.

Looking at how Christmas now differs from past years, It’s clear to see how some may think it doesn’t mean the same thing as it used to. Christmas doesn’t seem to be heavily reliant on religion, instead, it’s more of an excuse to just give and be a better person. The holiday is losing its Christian roots more and more by each year. Old traditions have changed, and more and more people participate in the new kind of Christmas. However, there’s something beautiful in that. Christmas has changed with time.

With an ever so dividing country, it’s relieving to see such an abundant constant. Maybe the origin isn’t as apparent anymore, but what is apparent is people enjoy what it is now. A season for giving and sharing with people, a time to reflect on your virtues, and to treat people better. That aspect of Christmas has been and still is, the most significant part.

When looking at what Christmas means now, it is just spectacular. The cheer outshines traditional Christmas twice over. The constant conversing about the holiday shows it. For a non-Christmas fan it can get annoying too, but regardless, the way Christmas affects people is impeccable.

No matter your opinion, Holidays can be interpreted and dissected every which way. It is essential to keep an open mind about how people celebrate them. However, you observe your Christmas is fine. If you prefer the more traditional route, then perfect. If you celebrate with a modern twist, that’s fine. Christmas has always meant about being together, and that’s what it means today.