The 2018-19 college basketball season has been one of the most unpredictable seasons ever, and now it’s tournament time. This year, some surprise teams that might come as a shock include Murray State, New Mexico State, and Wofford. Murray State will make a run because of their star player Ja Morant, who’s averaging 25 points per game. New Mexico State has only lost four times this year and has dominated their conference, proving that they are ready for this year’s tournament. Wofford is on a 20 game winning streak and has the star power to make a deep run in this year’s tournament. As for the championship, we predict Duke to defeat Tennessee. 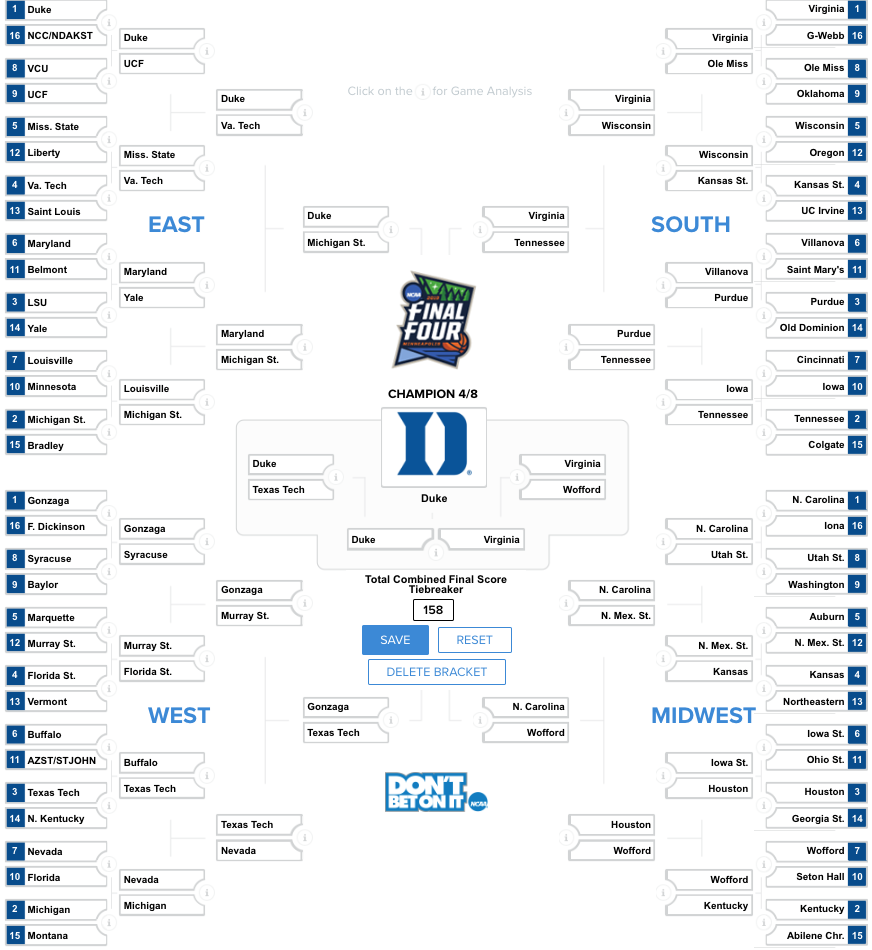