NBA in the bubble 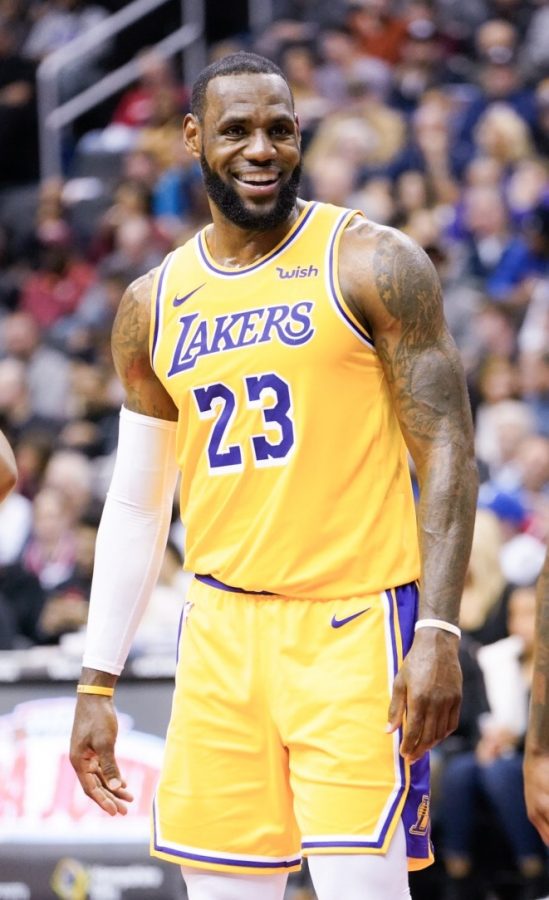 The world of sports was put on hold throughout the summer of 2020. One of the hottest topics was how the National Basketball Association was going to finish out their season and start the postseason. Fans of basketball everywhere had tons of questions, but only two people had the answer.

NBA Commissioner Adam Silver and the President of the NBPA (National Basketball Players Association), Chris Paul, proposed the ¨Bubble¨. The idea was hazardous at the time, but it was worth a shot. Initially, the NBA regular season was suspended on March 11, with no foreseeable future on the remainder of the season. On July 22, Disney World hosted the first Exhibition scrimmages of the NBA restart in Orlando, Florida. With the restart now officially taking place, 22 teams within six games of a playoff spot were able to return to their goal of winning a championship.

Following the arrival of the “Bubble,” each player had an isolation period that was a couple of days long. Each morning, every player and staff member had to get tested while in the “Bubble.” Players were also told they had to wear a wristband that monitored their heart rate, body temperature and could see whether they had symptoms of Covid-19. With 374 players, 22 teams, and 172 games played over 90 days; there were zero Covid-19 cases.

Going into the “Bubble,” the Los Angeles Lakers and Milwaukee Bucks were major favorites to face off in the finals, but it did not work out that way. Throughout the seeding games, some teams and players caught a hot streak.

Damian Lillard is one of those players, averaging 33 points, eight assists, and almost five threes a game while leading the Portland Trail Blazers to a playoff spot. Lillard also earned the NBA Bubble Most Valuable Player award. The Phoenix Suns, led by their young star Devin Booker, finished undefeated in the seeding games but were not awarded a playoff spot. Other strong performances came from TJ Warren of the Indiana Pacers and Luka Doncic of the Dallas Mavericks. TJ Warren seemed unstoppable to some, putting up 53 points against the Philadelphia 76ers. Luka Doncic  arguably had the best performance in the “Bubble,” putting up 36 points, 14 rebounds, and 19 assists against the Milwaukee Bucks. Doncic was also the only second-year player in the bubble to average a triple-double, putting up 33 points, 11 rebounds, and 11 assists per game.

In the wake of the Jacob Blake shooting, all the teams chose to step back and put forth effort into something bigger than basketball and delayed the start of the second round of playoffs.

The Conference Finals were set to start on September 15 with Miami facing Boston and the LA Lakers facing Denver. The Denver Nuggets could not pull away, losing to a Lebron James led Laker team four games to 1. Boston, however, put up an outstanding effort against Miami but could not finish the job. Miami Rookie Guard Tyler Herro helped Miami take a 3-1 lead against Boston when he put up a team-high 37 points on 14-21 shooting. The 20-year-old rookie has scored in double figures every game this postseason. Magic Johnson is the only other NBA history player to put up those numbers 20 years old or younger. Miami eventually won the series four games to 2.

The Finals came down to the last two teams, the Miami Heat and the Los Angeles Lakers. To start the series, Miami was missing their starting Point Guard Goran Dragic due to a torn plantar fascia in his left foot and their starting Center Bam Adebayo due to a shoulder injury. Starting off the series down 2-0, the Heat had a must-win game three. Jimmy Butler led the charge on the floor’s offensive and defensive ends, finishing with 40 points, 11 rebounds, and 13 assists in a big win for Miami. Lebron James and Anthony Davis were on a mission in Game 4, combining for 50 of their 102 points scored. Going down 3-1, Miami needed all they could get in game 5. Undrafted Guard Duncan Robinson was an absolute beast in game 5, scoring 26 points on shooting 53 percent from three.

The Heat had no answer for the Lakers during Game 6 as the Lakers could feel their hopes of a championship season about to come true. Lebron James was awarded Finals Most Valuable Player and proved he can still dominate in his 17th year in the NBA. With the playoffs now complete, the idea of a “Bubble¨ seemed risky to some three months ago but could not have worked out more perfectly to some.