The Birth of a Hip-Hop Classic 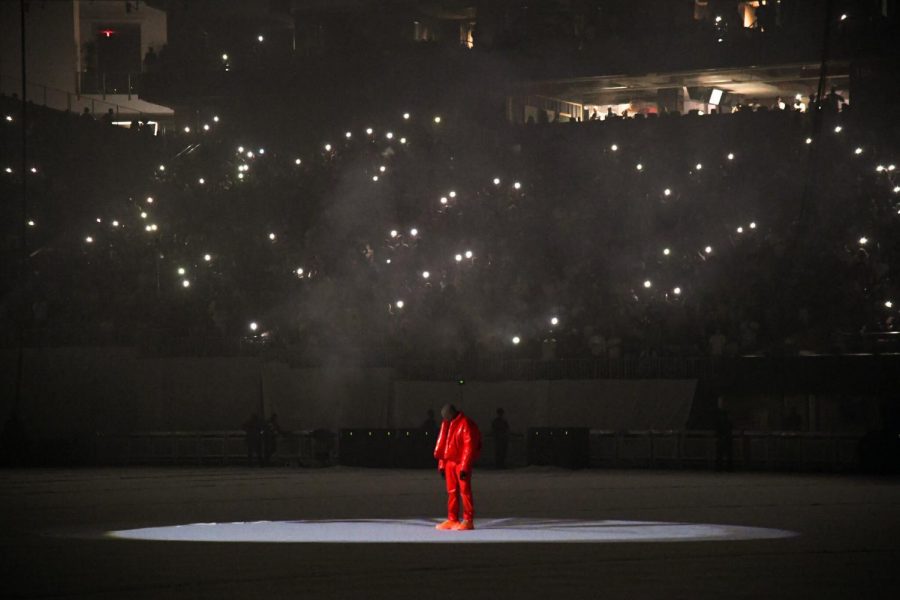 Kanye West released his tenth studio album named Donda on the morning of August 29. The highly anticipated album features 27 tracks and a wide list of featured artists. West held a total of three listening parties leading  up to the release of the album, and even rented out Mercedes-Benz Stadium for three weeks to perfect the album.

Donda was first announced on July 21, 2020, over a year before the final release of the album. West tweeted his first version of the album’s cover with the caption, “DONDA coming this Friday,” although the album failed to drop. Throughout the next year, very little was released on why the album was delayed. Nothing was said on the album until July of 2021, with the announcement of the album and a listening party. The listening party was a success and showed a glimpse of his vision, but once again the album failed to drop. West rented out Mercedes-Benz stadium for three weeks until the announcement of his second listening party, which showed obvious changes to the album and included never-before-heard singles. The album was delayed until late August, and it finally came out with no announcement of the release or an album cover.

Donda is Kanye West’s lengthiest album, being one hour and 49 minutes long. The record features guest appearances including Baby Keem, DaBaby, Kid Cudi, Jay Z, Conway the Machine, Westside Gunn, Travis Scott, Playboi Carti, The Weeknd, Lil Baby, Young Thug, Fivio Foreign, and many others. Kanye West’s collaboration with the music industry is a common ‘Ye’ practice, with many of his albums, such as The Life of Pablo, or My Beautiful Dark Twisted Fantasy featuring many mainstream artists.

Donda has several stand-out tracks. The song “Off The Grid” included a short feature from Playboi Carti. Carti is a rapper who has grown in popularity since working alongside Kanye West on Whole Lotta Red. Carti’s verse features lines, “I just bought me some brand new clothes, Dover Street Market” while rapping in his well received baby voice. Alongside Kanye West and Playboi Carti, Fivio Foreign performed an incredible verse. Addressing his arrest in April of 2021, Fivio writes,

“When I was in jail, I was lowkey, shoutout to supporters that wrote me. Eat food, work out and then go to sleep. You know I’m prayin’, He carryin’ both feet.”

Perhaps the most stand-out track is “Hurricane”, which features Singer/Songwriter The Weeknd, as well as rapper Lil Baby and West’s own Sunday Service Choir. “Hurricane” was originally titled “80 Degrees” and is well known amongst many dedicated fans. The song was originally leaked in 2018 and featured singer Ant Clemons. Throughout the multiple listening parties, West showed different versions of the track before eventually ending up with a new remastered track that we know today.

Donda is currently clashing with Drake’s Certified Lover Boy, which dropped only five days after Donda’s release. Music fans are restlessly arguing which record is better all over social media. But one thing is certain: the following behind Yeezy supporters is large in 2021, backing the greatest on Kanye West’s tenth long play, Donda.