The future has arrived 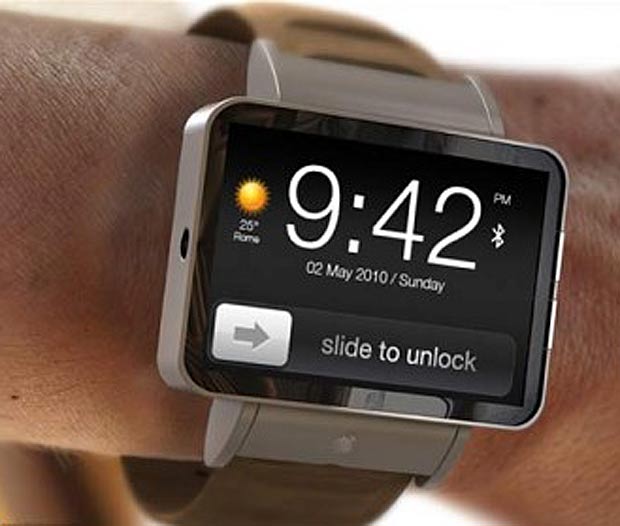 After seeing popular movies that display advanced technology, like You Only Live Twice, with actor Sean Connery playing James Bond, and Star Trek, showing characters using watches as communication devices, the time has come to create a smartwatch with both capabilities of a wristwatch and a smartphone.

Due to popular demand, Samsung has come out with the one and only Samsung Galaxy Gear smartwatch.

Over time, it seems as though this generation tends to wear watches more frequently as a type of fashion statement. With the Gear, it is now possible to combine a teenager’s beloved smartphone with an easy-to-wear, easy-to-use, stylish wristwatch.

Not only can the Gear tell time and allow people to talk on the phone, it has over 70 applications available for download and even has a camera built into the side.  Headphones can be plugged in that way music can be listened to.

The watch has the S Voice built in which is a processing system in the phone in which the user can tell the watch what it wants to do. For example, the user could say, “Call Dylan,” and the watch would be able to call whoever is listed as Dylan in the contacts.

The smartwatch has a sleek silver and black design that looks stylish on male or female. The strap is resizable, like most watches, and has a rubber strap so that way it is more comfortable on the wrist.

So what’s the catch?

The catch is that in order to use this new piece of technology, the customer must have the Galaxy Note 3. According to the Computers, Networking, and Electronics Technology’s website, it is said that Samsung plans to be able to make the watch compatible with the Galaxy S4 and S3 smartphones as well as the Galaxy Note 2 by the end of the year.

The Gear is not waterproof which means that owners need to be careful to not get any sort of water on the device.

Another downfall is that the watch is not capable to provide any email. Email would have to be done on the device that connects with the watch via Bluetooth.

“If the Gear was able to show my incoming e-mails and allow be to dictate replies, it would immediately become considerably more useful,” says Andrew Hoyle who wrote a recent review on the smartwatch on the Computers, Networking, and Electronics Technology’s website.

The question of whether the Gear is used more for style or purpose has been the question circling around since its release. Is it really worth its sold value price of $299?

Although it is not necessarily a device that everyone needs, it is a new item that brings back the memories and ideas that screenwriters of dystopian and utopian movies had once before. Samsung has achieved the “futuristic idea” and because of the advance in technology they succeeded, the business is headed in the right direction to make enormous profit.