THE MAIN FOUR • May 6, 2014 • https://www.howellmainfour.com/7849/health-and-tech/playing-an-instrument-can-boost-your-health/

Playing an instrument can boost your health 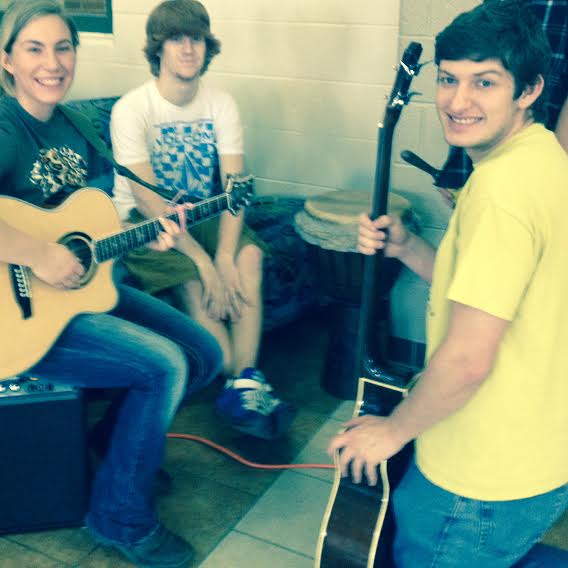 Music has, in the past, been shown to have a beneficial effect on the musician; however what those effects actually are isn’t as clear. It takes a lot of patience and practice to learn an instrument, but it is worth it in the long run for many reasons. In an age of abundant social media and distracting technology, taking a break from the world to attempt to learn at least one instrument could positively boost your wellbeing and change your life.

“When I’m playing my instrument I’m happy, I feel free, because I get the chance to make something beautiful,” says Anne Potts, a senior at Howell High School and a member of the band.

For many teenagers, a daily battle they must face is struggling with lowering self-esteem. Playing an instrument offers an opportunity to feel pride. Though the instrument most likely won’t come naturally, with enough dedication, the music created can be enough to boost self-esteem.

“I definitely think music has an effect on people’s mood,” says Potts. “I mean, when someone’s playing a sad, slow moving piece, the person playing it and/or listening to it isn’t going to feel happy. They’re going to take the mood of the music.”

According to Live Science, music can be beneficial in several ways. Creating music is said to lower blood pressure, decrease the heart rate, reduce stress, and lessen anxiety and depression. Music is also said to improve the strength of the brain through challenging cognitive exercise. By simply learning one instrument, a person’s life can be improved as well as their emotional wellbeing.

“There’s a multitude of research that points toward both physical and cognitive benefits of playing an instrument, or singing, or participating in music in any way. Music is mathematics. Music has very strong binds with linguistics. And then there’s a whole bunch of peripheral data that shows that kids that are involved in music in school do better grade-wise, have a greater chance of graduating, and are less likely to have behavior problems. It’s just all over the place. The only one’s that a big hoax is that Mozart Effect one. They botched that study. It’s the one that supposedly if you play music for babies, they’re going to be smart- that’s not true. They actually have to participate,” HHS band director Jason Smigell shares.

Music can also help to make someone more empathetic. Empathy is a crucial aspect to have as it helps a person to relate to the people and situations around them and have better, healthier relationships. Playing an instrument helps the musician to become more social and outgoing by offering a creative outlet.

“The thing I like most about playing an instrument would be the smiles on people’s faces after a band concert,” says Potts. “And the attentive looks that some people have on their faces.”

Music also benefits the people around the player by offering an escape from their busy or hectic lives. The audience of a band concert can check themselves out from reality for a few hours and get lost in the music. Most likely, the musicians are having the same reaction. Being able to play an instrument makes it possible to forget about the stresses of the world for at least a little bit.

Being able to play an instrument is more than just a hobby. If allowed to blossom, music can be a great way for musicians to express themselves and can act as a purpose in their lives. While mastering an instrument will be quite a struggle at first, it will be worth it in the long run.