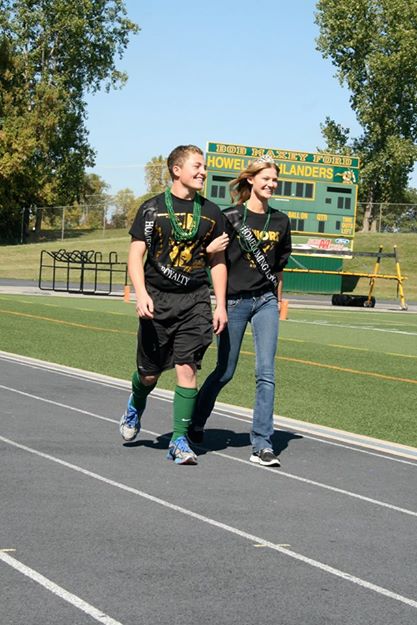 Howell High School had their annual Homecoming celebration that included the parade through downtown Howell on Friday, September 26th “Wizard of Oz” play members, all student councils, and many more walked in the parade. The freshman won first place in the student council Disney float competition with an awesome Monsters Inc inspired float. Seniors placed with UP the movie as their theme.

Along with the parade, HHS crowned the 2014-2015 Homecoming King and Queen Bailey Knight and Hailey Lambert! They both looked amazing at the game and the dance! A big congratulations to them both.