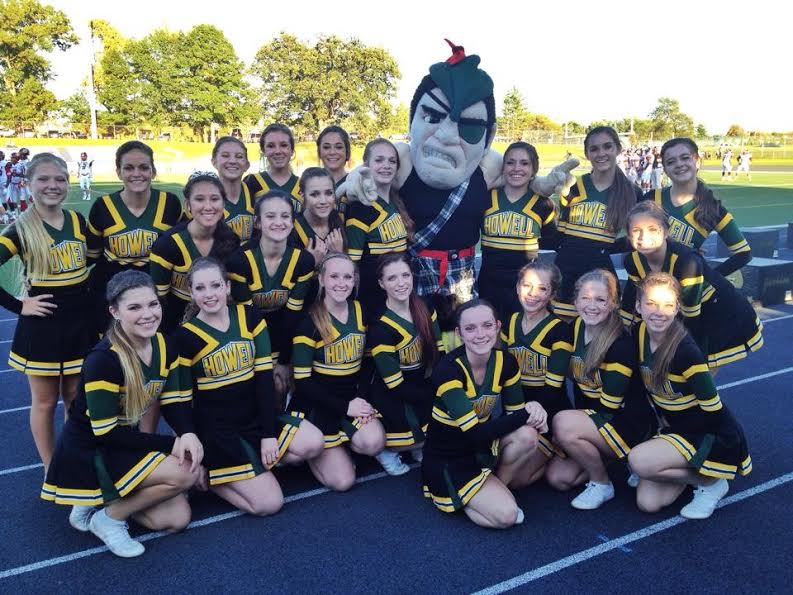 On Sunday November 9th, the Howell Varsity Pompon team will be competing in a state wide, high kick competition at Saginaw Valley University.

“High Kick is a competition that requires teams to be creative and really master their kickline skills. With pom routines, you have a kickline and then the rest is pom. But with high kick you have to have a minimum of 40 kicks on top of themed choreography. It’s a really cool competition to watch and compete in because teams show up with lots of interesting themes,” the coach of the Howell varsity pompon team, Sarah Kirby says, “it always keeps it interesting.”

In a High Kick routine, each team is required to have at least 40 waist or high kicks incorporated into their choreography. The routine must also be at least 1 minute and 45 seconds but may not exceed 3 minutes and 30 seconds according to the rules set by Mid American Pompon.

Some themes that the Howell pompon team has done in the past include leprechauns and the Chiquita banana lady. Pom teams around the state tend to keep their theme a secret until it is their turn to perform.

“I like getting into the character of what we get to be.” Says sophomore, Marissa Fargo, “This year I feel like it’s more focusing on the little things to make us look even better.”

The current head coach, Sarah Kirby along with assistant coach, Rachel Kirby have lead the team to huge accomplishments. The Kirby sisters take pride in teaching the team how to be not only a great pommer but also a great person.

“We’ve accomplished many feats, such as being High Kick champions numerous times, as well as being 2nd in the state of Michigan at state competition, but honestly the greatest accomplishments as a coach aren’t the trophies and awards the team has earned through the years. The life lessons I’ve been able to teach the team and seeing girls grow as people as well as athletes has been amazing. To know you were a big influence and made a difference in someone’s life is the biggest reward in and of itself,” Sarah Kirby says .

Walking around the practice, there is a sense of unity and it is evident to all that the team is working together for a common goal.

“For the point we are at in our season we’re in a good place. At practices I definitely keep our competitors on my mind.” captain and senior Michaela Sheridan says.

This year in particular the pom team has gained tremendous support from their peers at school.

“I’m really glad that the school genuinely supports the pom team. It makes me proud to call myself a pommer,” Sheridan says.

At the homecoming game last month while team performed their kickline for the student section, fans could hear them chanting, “We love pom.”

“It is amazing how far this sport has came in such a short amount of time. Five years ago the Student Section would have never expressed this much interest and support for pom,” Sarah Kirby says.