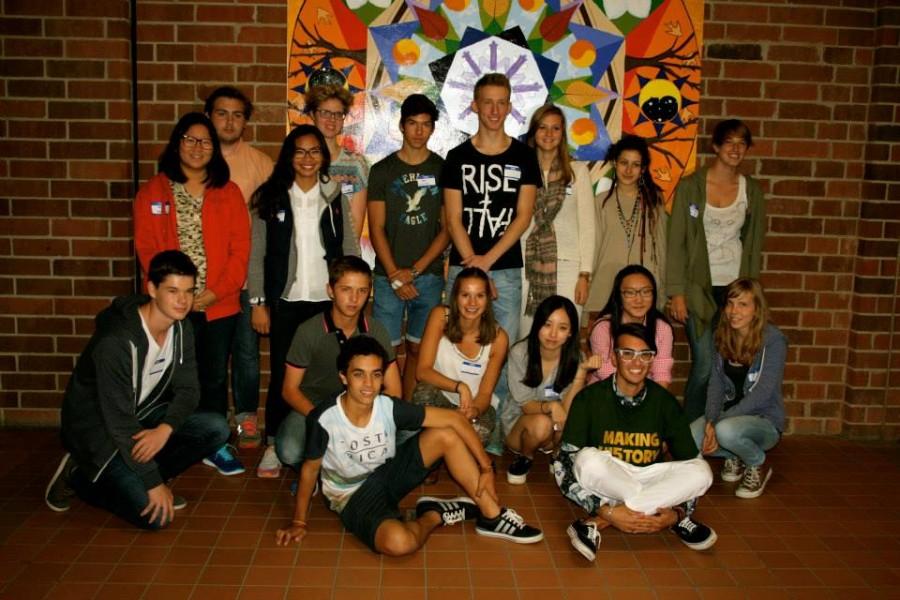 Every year, thousands upon thousands of foreign exchange students journey to the United States according to willyouhost.com, each with their own unique story. Sixteen year old Swiss, Noe Giannakitsas is no different. After traveling to the United States this summer from the Swiss town of Speichen (population 4,166) to Howell for his exchange.

“They’re like brothers to me. I didn’t have any siblings in Switzerland. They really give me someone to talk to,” Giannakitsas says.

More than that, the Websters have comedic family dinners. That may sound like a small, insignificant fact, but it goes a long way in curing what small amount of homesickness he did have, reminding him of his own humor-laced dinner conversations at his original home. Homesickness hasn’t been a large problem for Giannakitsas, as he often spent a week or two at a time away from home for a litany of reasons.

Giannakitsas was inspired to become a foreign exchange student after a trip to New York when he was 14 years old. The trip made him want to learn more about the American culture and the English language.

“When I came here a few years ago to New York it made me want to learn everything I could about the American culture,”  I wanted to learn the English language.” Giannakitsas mentioned.

Learning another language (not to mention another culture) is tough for the average person. Giannakitsas is not the average person, however. Coming from Switzerland, landlocked by five other European countries, Giannakitsas to learn the languages of the surrounding area out of necessity. He currently speaks five different languages, German (his primary language), Italian, French, Greek, and now speaks English fluently. Five languages is absurd for most people, but it’s not enough for Giannakitsas. On his academic schedule at Howell High School he is working towards his sixth language, Spanish.

Although this is his first experience in an American classroom he has managed to have great success.

His Spanish 1 teacher Mr. Pieter commented on Giannakitsas’ success, saying “He does well because he’s already learned four or five other languages. He already has an understanding of the way it works and it comes fairly easy to him. He’s also young and I think that really helps to learn.”

“Most of the tests here are multiple choice and they’re much easier than the tests I had in Switzerland.”

On top of that, Giannakitsas is on the JV football team. This too is a grand new experience for Giannakitsas. Not only is it an entirely different sport than any he had played before, but also a whole new feel as there are no school sports in Switzerland.

The thing that  struck Giannakitsas about American culture was the deep, engraved sense of patriotism everywhere he traveled. Between the advertising on T.V., and just the general way that American’s display their patriotism in everyday conversation.

“Everyone here is so patriotic” Giannakitsas said. “There’s a big focus on being the best country, being number one.”

Giannakitsas’s story is one of thousands, but it’s all his own.