Performance enhancers should have stricter repercussions 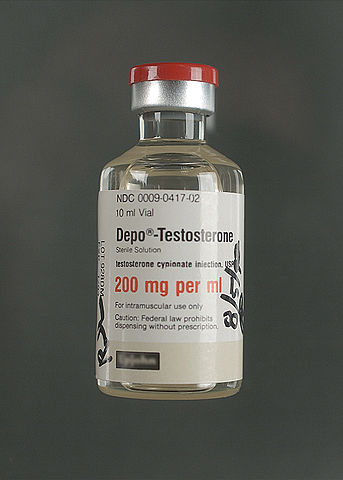 When it comes down to athletic performance, it can be a cut-throat business. Sports have become more of a monopoly of drugs and performance enhancers than they are a game. The past ten years have proved to be a struggle for our big league sports teams. Steroids have plagued our fields with unnatural talent and enhanced performance.

We, as spectators, marvel at the prospect of our players making the game winning pitch or scoring the final touchdown in overtime. But we like to cloud the ugly truth that any of these players aren’t the superstars they’re made out to be. Steroids have been in use for many years and new precautions have been taken in order to detect them before the player has a chance to perform. Such as, more frequent urine tests and new breath tests that identify the use of drugs (much as a breathalyzer test). It is my belief that anyone found with the possession of performance enhancers should be penalized by expulsion from the game. Its time our sports teams cracked down on these illegal and unfair enhancers even if it does mean an end to some of our “best” players.

Stories such as the rejection of Barry Bonds and Roger Clemons into the Baseball Hall of Fame for use of performance enhancers adds to the fact that these drugs have been in use for longer than anyone thought. It’s sad to watch our favorite players get slammed for this scandal but that doesn’t justify their actions. Hundreds of big time sports players have been found to have possession of steroids and/or performance enhancers such as Alex Rodriguez of the New York Yankees and Ben Roethlisberger of the Pittsburgh Steelers.

All of this is said with nothing about the players who actually are as talented as they look. This system has bigoted these players to the point where we can’t trust anyone’s abilities. While we hear new stories about the latest NFL player found to have used performance enhancers, we lose the trust that any of the game is real at all. We’ve become skeptics that can’t be sure if what we’re seeing is actually real. As a result, we lose the awe that follows a great play and the players who perform at that level are discredited.

Sports teams are held in high regard in American society and when our players make these mistakes, it greatly influences their admiring fans. Recent studies have found that steroid use has been more prominent on high school teams. One must assume that this statistic is due in part to the use of performance enhancers on the national level. Young athletes look up to their “big league brothers” for more than just a level of play they hope to reach. They see these players as role models, watching their every step and following their actions. So, when a student athlete sees their star player using steroids and other enhancers, they can only assume that it’s OK to use them. This thinking goes back to the point made that people cloud the ugly part of the sport in order to remain clean of a guilty conscious. High school athletes don’t want to see the bad in their role models so, they become blind to all their wrongs and see only the “perfect” side of the athlete.

It’s time we stood up to this disgrace. The only way to stop the penetration and brainwashing of young athletes using performance enhancing drugs is to crack down hard on our national level players. Complete expulsion from the sport is the only option we have to relay to the public how serious of a matter this is. It’s time we defend the real players who know the temptations but refuse to adhere to them. Those players are the true role models and they deserve our respect.