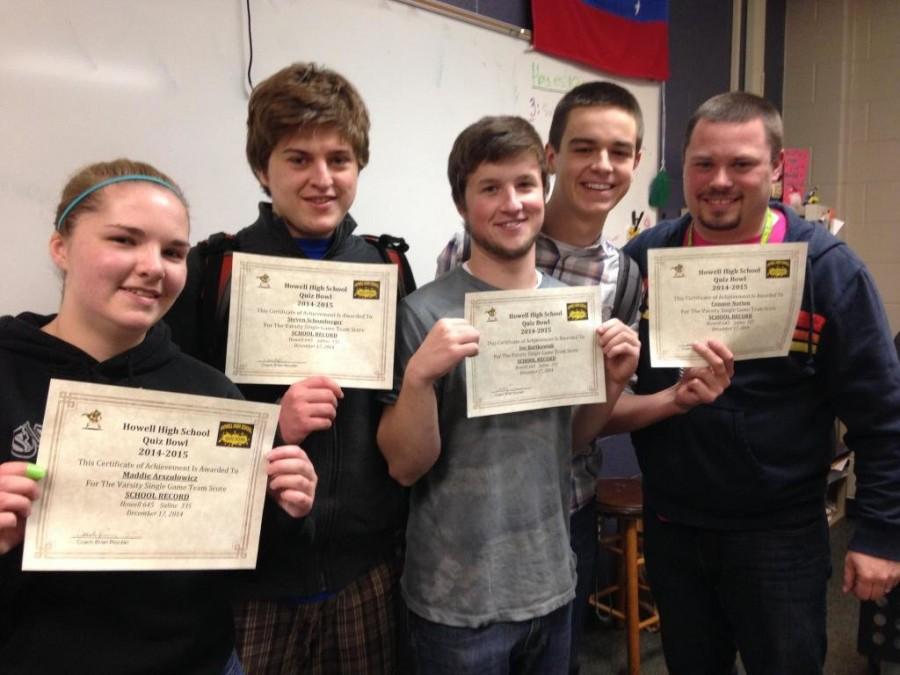 “I missed the JV record by one point so I was pretty pumped to get this one,” Schomberger says.

Schomberger has been on the quiz bowl team since his freshman year. He began as a freshman on junior varsity and then was moved to varsity after that.

The team won the game with 645 points against Saline who scored 335 points. This score beat the old school record of 535 points which was set in the school year of ‘12-’13 against Pinckney.

“This feat shows the quality of our team this year as whole, not just one player. Beating Saline is important because they are our regional rivals,” Coach Riordan says.

The team is in two leagues which are the KLAA and also the tri-county league.

“I’ve always liked trivia so I decided to pick it up,” Schomberger says with a snap of his fingers.