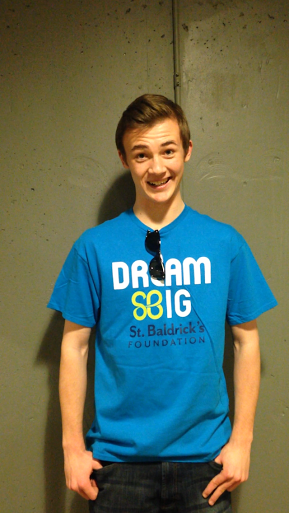 Baldness is generally considered a bad thing; people purchase toupees and wigs, buy into “miracle” hair growth formulas, and affect comb-overs, all in order to hide their barren craniums.

However, on Friday, Feb. 13, 2015, four Howell High School students and three Howell Schools board members will voluntarily lose their locks in the name of childhood cancer research.

Victoria Barnowski (freshman), William Newell (freshman), Julia Ettema (sophomore), and Brenden Norwood (junior) have all signed up to have their heads shaved at this year’s Winterfest pep rally. Those also bidding adieu to their hair are board members Mr. Brent Earl, Mr. Michael J. Maloney, and Mr.Gregg Gilligan.

The  pep rally head-shaving event is in partnership with the St. Baldrick’s Foundation, a childhood cancer research organization. This is the fourth year that HHS is working with St. Baldrick’s, and has raised approximately $20,000 throughout the three preceding years. HHS’s goal this year is to raise $10,000.

“$500 is my goal, and we’re probably going to reach it,” says sophomore shavee Julia Ettema with a grin.

All in all, Ettema wants to raise a much as possible, a sentiment shared by the St. Baldrick’s Foundation, which in 2014 garnered $38,923,015 towards finding a cure for childhood cancer.

“[To get donations,] I’m going to go around screaming ‘Give me money!’ in the hallways,” says freshman shavee William Newell. “Nah, I’ll just ask and explain why I want money,” Newell says after a pause.

The St. Baldrick’s Foundation had 9,446 events and fundraisers in 2014–that means a lot of shaved heads.

“I’m a bit nervous, but very excited to shave my head for a good cause,” says Ettema. “It’s nerve-wracking because I’ve never been without hair before.”

By having their heads shaved, Victoria Barnowski, William Newell, Julia Ettema, Brenden Norwood, Mr. Earl, Mr. Maloney, and Mr. Gilligan will join the growing number of St, Baldrick’s shavees–more than 230,000 since the year 2000, according to the St. Baldrick’s Foundation website.

“When my family found out I was going to shave my head, they were like ‘what?!’ They were scared and hesitant for me; now they’re supportive, my friends are on board and they help fundraise,” says Ettema.

Both Ettema and Newell have had close encounters with cancer.

“I  had a little personal experience with cancer,” says Ettema.

Newell too has witnessed the effects of cancer, as he has lost two people in his family to the disease and has a third relative diagnosed with cancer.

The St. Baldrick’s Foundation knows that research saves lives, but research requires funds. Thus, on the the behalf of children all over the world that have been diagnosed with cancer, they ask people to “brave the shave” and raise as much money as possible. Highlanders–students and board members alike–have stepped up to the challenge, so this Winterfest pep rally should be hair-raising.

So donate, and donate often!