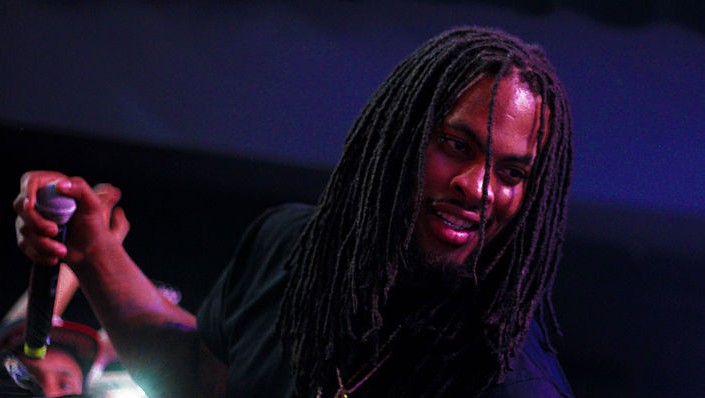 In the past several years, rap music has become more and more popular. Personally, it’s my favorite genre of music. Waka Flocka Flame, whose real name is Juaquin Malphurs, is a rapper from Atlanta, Georgia who has recently announced he will be running in the 2016 presidential election.

Waka did an interview with Rolling Stones saying the first thing he would do as a president, is legalize marijuana. Legalizing weed is one of the most hot-button issues in the United State right now as states like Colorado, Oregon, and Washington D.C. pass legislation legalizing marijuana in small amounts for recreational use. For medical and light recreational use, I believe it could be beneficial for people along with the economies of the respective states. The amount in which Waka Flocka Flame would legalize weed is up for debate. Flame taking this stance may sound appealing to some people now, but would not be good for the country as a whole.

His second point of issue if he were to be president, is a more humorous note saying in his interview with Rolling Stone that he wants all people with shoe sizes 13 and up off the streets. Clearly this has no backing as it violates some of the most basic Constitutional rights held by Americans. On top of that, he plans to never allow another dog inside a restaurant again.

As far as education is concerned, Waka Flocka Flame is determined to teach the youth of America “more realistically”. Waka stated in the aforementioned interview that kids must learn his lyrics before they leave school or they fail (I would not suggest attempting this). Clearly this is more humorous than legitimate, but Flame maintains that he is all out for the election.

His idea for congress would to be done with the suits and on with the tanks, shorts, coffee, and marijuana. Waka said the the country doesn’t need congress because, as he says, “I am congress.” For jobs, Waka says the minimum wage would rise to $15 an hour everywhere.

On top of all this nonsense, Waka covers various other social issues such as women’s rights. He deduces that it is more a matter of respect than of anything else and that women already have everything that they need.

The biggest flaw in Waka’s campaign announcement is the factor of age. Waka, born on May 31, 1986, stands at only 28 years of age. So, not only will he be unable to run for office in 2016, he will not be able to run in 2020, because he will only be 34 years old. The closest election he will be able to run for is the 2024 election. Even if he could run this year, it is highly unlikely that he would be voted in due to his opinions on the plethora of issues that are actually relevant in the 2016 election.

If there is one thing that this humorous election does show, it’s the changing views of the youth voters. The fact that some people are actually weighing his views against those of other candidates running like Marco Rubio, Hillary Clinton, Jeb Bush, and Ted Cruz is crazy. Though Waka’s grand plan for presidency is a nice change of pace, it’s obvious that this announcement is more comedic than political.