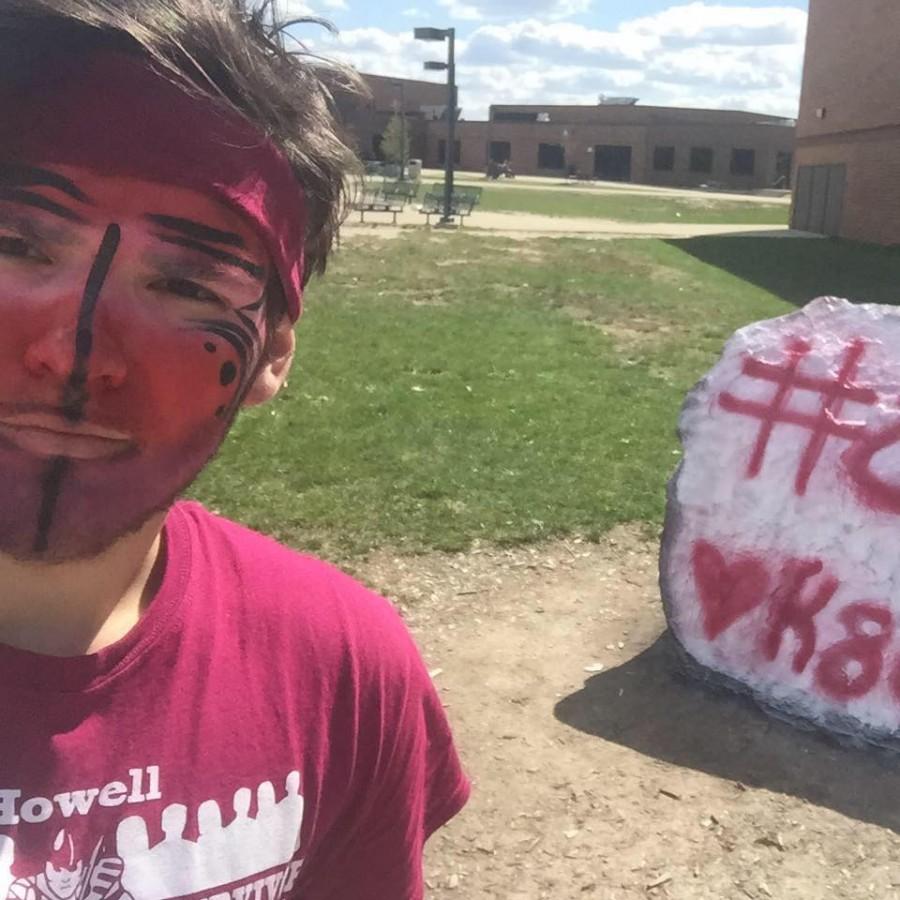 Webster described Senior Survivor as life changing, tiring, and motivational. Preceeded in both high school and Senior Survivor by older brother, Bryce Webster, he was sick of being known only as “Bryce’s little brother”. He succeeded in putting his name out there and making his mark at Howell High School. He will now be remembered as “Evan Webster, the 2015 Ultimate Survivor”.

“I wanted to prove to myself that I could do it and win Senior Survivor,” Webster says, “My brother Bryce told me to leave high school with no regrets.” When asked if he did leave without any regrets, Webster replied in the affirmative.

Webster believes that any underclassmen considering Senior Survivor should take the challenge.

“It’s been the best experience for me,” Webster says, “All of us survivors got to get to know each other more.”

This year’s Senior Survivors had a goal of raising $30,000 that would be donated towards the Children’s Leukemia Foundation of Michigan. The survivors ended up raising a grand total of $41,215.12!

“Seeing that 14 high school students can come together and make a difference was an incredible feeling,” Webster says.